The company Ekolorent.cz which provides renting of electric bikes is located in a village Ostrov u Macochy in the middle of the Moravian Karst. Beneath Ostrov u Macochy is placed the complex of limestone corridors and underground gorges accessible through the group of caves (Balcarka, Sloupsko-Šošůvské caves, Punkevní cave, Kateřínská cave and cave Výpustek). This village is also near by famous Macocha Abbys (aprx. 4 km). In this area should be kept traffic restriction for motorized vehicles based on ecological protection of the environment of course except bikes and electric bikes. For getting your trip goal you can use very well marked trails and bikeways which leads on roads and also on a forest paths in the nice natureof the Moravian Karst.

The Macocha Gorge is more than 138.5 m deep and is the largest gorge of its kind ("Light hole") in the Czech Republic and Central Europe. The upper part of the gorge is 174 meters long and 76 meters wide. There are two lookout bridges on the edge of the gorge. The first one was built in 1882 and is located at the highest point. The second is from 1899. It is located 92 meters above the bottom of the gorge, and you can see the bottom very well from it.

Singletrails are narrow trails built in the countryside using a tried and tested methodology. They do not lead straight or too much downhill or uphill for long. Singletrail the narrow one-way nature trails. They differ from other pavements and footpaths by the accurate, tried and tested way in which they are built, which builds on the experience of our ancestors. The special methodology with which we build the trails enables the efficient and sustainable management of the network of trails. However its main objective is for you to enjoy your ride as much as possible. They therefore never lead uphill for too long. When riding downhill, they allow you to ride at maximum speed. The paths are specially built for cyclists. You therefore don't have to worry that you will keep having to avoid tourists. You also won't stray away into protected forest areas and regions. The trails are also environmentally friendly. 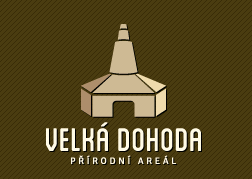 The Velká Dohoda natural area is near the Macocha gorge, aside from civilization, hidden on the border of coniferous and beech forests of the Moravian Karst, and it is ready to offer you more than you'd expect from a former quarry.

With its dripstone decoration, the Balcarka Cave in Ostrov u Macochy is arguably the grandest cave in the Moravian Karst and rightly belongs to the popular tourist destinations to visit. However it less publicly known that Balcarka also occupies an important place in the oldest history of the Moravian Karst. Sometime roughly 15,000 years ago it housed a large group of people, horses and reindeer hunters of the Magdalenian period. They left several fireplaces and a larger number of flint tools and spear points carved from reindeer antlers behind them. The quantity of animal bones suggest they were successful hunters who managed to survive in harsh climatic conditions resulting from the last ice age. All this evidence pointing to the use of the cave by people of the Magdalenian culture at the end of the Paleolithic Age and the presence of birds of prey was obtained by the tireless and meticulous work of the teacher Jan Knies from the nearby Rogendorf (today's Karst) more than 100 years ago (1898-1900). The archaeological and palaeontological collection that was collected by him is now stored in the Anthropos Institute of the Moravian Museum in Brno and represents an important part of the history of the oldest settlements in Moravia.

The attractiveness of the Punkva Caves can be summed up in three words: boating, Macocha, circuit. Visitors come from faraway Japan come to cruise on the dark green waters of the subterranean Punkva, who then frantically take pictures of every corner of the bottom of the majestic gorge to finally emerge from the rock where they had entered. The Punkva Caves are the most visited cave system in the Czech Republic. They are seen by over 200,000 tourists every year.

Near the Macocha Abyss and the famous Punkva Caves in underground, there were hidden undiscovered domes with rich stalactite decoration. Four spaces were newly discovered by cavers. However, they are not accessible to regular visitor as they are in less accessible parts and speleologists have to abseil themselves.